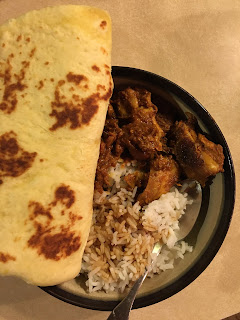 I have always shied away from this dish, lacking the necessary tamarind ingredients. Turns out, vinegar is a pretty good substitute, as optimized by Milk Street.

Toss with chicken and allow to marinade for 15-20 minutes. 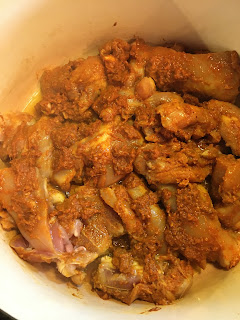 Preheat a large cast iron pot on medium until the oil is shimmering.

Add the chicken and all the marinade, distributing evenly and allowing to brown without stirring for 5-9 minutes.

Mix in the vinegar and cook uncovered until sauce it thick. Serve with naan and rice.