I’ve found the biggest problem with many baked goods is that they’re too sweet with no other flavor profiles. In other words, sweet is there, but salty and sour are nowhere to be found. Many baked goods are also too dense or dry.

Cream cheese frosting solves both of these issues: it adds a delightful touch of tart and salty goodness to the baked good, and it livens up the texture with some moisture!

I’ve tried a lot of store bought cream cheese frostings, but I assure you that by far the best option is the homemade stuff. It’s tastier, it has a better consistency since it’s not filled with preservatives, and it’s easier to customize to your exact taste. Here are a few of the most common questions about cream cheese frosting preparation.

How to thicken or stiffen cream cheese frosting?

If you’re going to use the frosting to top a cake, you can thicken it by putting the frosting in the fridge for 10 minutes. The frosting ingredients will congeal a bit as they cool and you’ll have stiffer frosting.

How can you make cream cheese frosting without powdered sugar?

To maintain the same texture as classic cream cheese frosting, you can substitute corn starch or arrowroot powder for powdered sugar. You can even get creative and use another powder like cinnamon or cacao powder if you want to match the flavor of the baked good you’re preparing, though I’d recommend mixing a small bit of that with a more neutral powder like corn flour to avoid overpowering the cream cheese. These sugar-free cream cheese frosting options are obviously more healthy but not as sweet.

How do you get butter chunks out of icing?

The most obvious solution is more mixing. Turn your mixing bowl or electric beaters to the highest setting and beat, beat, beat. You can’t over-mix cream cheese frosting, so go nuts.

If beating the frosting doesn’t work, the problem is probably that the butter is too cold. To fix this issue, get a hairdryer and put it on its hottest setting. Blow the hot air onto the sides of your mixing bowl as it mixes up the frosting to heat up the butter. In a few minutes, the lumps will most likely disappear!

Why does my cream cheese icing go runny?

There’s also the possibility the cream cheese was over-beaten during preparation. This won’t be an issue if you use one of the big brands like Philadelphia cream cheese, but if you made your own or bought it from a local merchant, it’s a possibility. Over-beating breaks down the fats in the cream cheese and makes it more liquid.

Luckily, there are solutions. Putting cream cheese frosting in the fridge for a few minutes is the best way to stiffen it up. There’s also adding powders like corn starch or omitting liquid ingredients like lemon juice.

You can also don your maverick cap and just sprinkle in some additions like spices and extracts that you think might be good.

Whatever you add, be sure not to throw off the liquid to sugar ratio!

Cream cheese frosting tastes great, but when is the appropriate time to use it?

What to do with leftover cream cheese frosting?

My kids love to spread cream cheese frosting on top of a sugar cookie or a graham cracker, and then, put another one on top to create their own Oreo-like treat. It’s very very sweet, but it’s also delicious.

Leftover cream cheese frosting makes a great spread for anything starchy with a hint of sweetness. Pancakes, for example, or spice cake.

Can I use cream cheese frosting instead of buttercream?

Can you ice a cake with cream cheese frosting?

Yes. As I said, it’s thicker than most frostings and not super-easy to spread with a knife, so I’d recommend putting it into a piping bag and icing your cake with it that way.

Now, for a few frequently asked questions about properly storing cream cheese frosting once it’s made.

How long can cream cheese frosting sit out?

Two to four hours, depending on who you ask. I would say that the cream cheese starts to lose some of its taste at two hours, but you won’t actually risk stomach problems from eating it until it’s been at room temperature for four hours. If you live in a cold environment, you can double both of these times.

How to store cream cheese frosting?

Just put any leftover cream cheese frosting in an airtight container or cover the bowl it’s in with plastic wrap. Then, stick it in the fridge, and it will keep for up to 3 days. If you put it in the freezer instead, it will last for up to a month. Either way, let it thaw and return to room temperature before serving it again. I’d also recommend stirring it up.

Will cream cheese icing harden in the fridge?

Now that you know a little more about the wonders of cream cheese frosting, try out these great recipes using the delicious food: 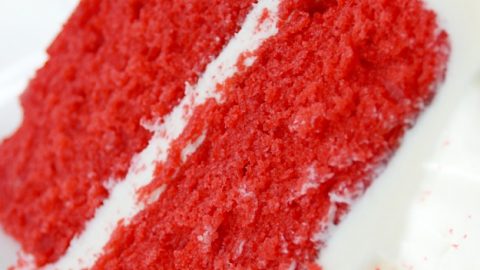 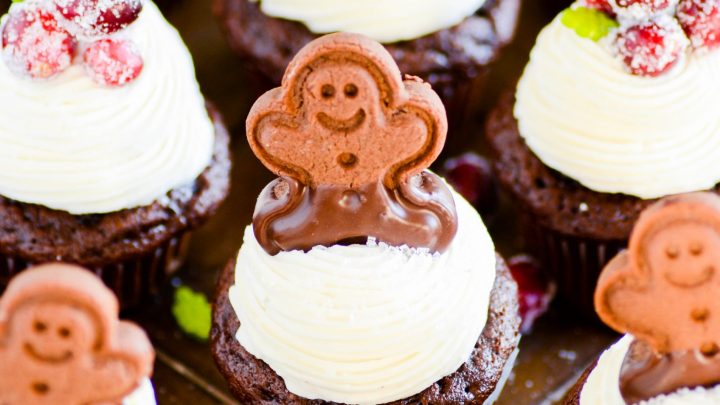 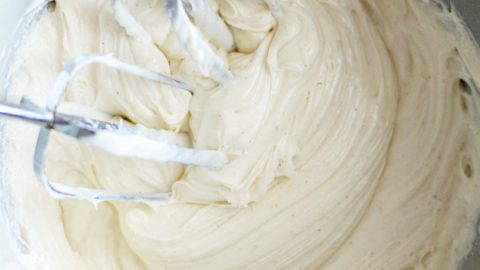 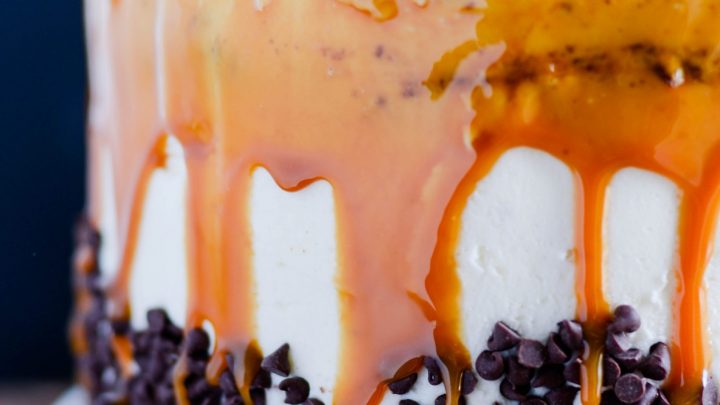 The Icing on the Cake

Remember when you were a kid and you always wanted the piece of cake with the most frosting? Because that’s how I used to be, and that’s how most of my friends were too.

As we aged, most of our sweet tooths lessened and we grew to enjoy the rest of the cake just as much. But cream cheese frosting is such a flavor explosion that when I eat a cake topped with it I feel like I’m six years old again, clamoring for the pieces with the most sweet, salty, slightly tart frosting.

I tell you, I could eat this stuff with a spoon. It may not be the healthiest idea, but since when is baking about being healthy?